Last June 30, I had the pleasure of attending MP Sull’s Fundamentals of Flourishing Workshop in A Space Makati.

MP Sull is one of the twelve in the world that has been bestowed the title of “Master Penman”. His passion for the art of calligraphy is inspiring, and for someone his age, his hands are so steady, and he had so much energy in imparting knowledge to his students in the workshops.

This workshop was the first one of the two classes that he held in Manila. The second one is a 2-day Spencerian Bootcamp that I would have given an arm and leg to attend. However, with a baby in tow, it simply isn’t practical. For this workshop, we booked an overnight stay through Airbnb, and we were lucky to find a room right next to A Space. That way, my boys can come right over if they need me, or if Raffy needs to breastfeed. The organizers of the workshop were so gracious that they placed me near the couch, door, and buffet.

I was able to get a seat at the workshop for 11,900 PhP ($257) at Plumacienne’s Flash Sale last May, and it’s such a fair price given that I won’t have to travel overseas to attend a workshop from a master. Everything that I learned that day stayed with me. It took me a while to get used to the environment, but MP Sull was so encouraging and his passion, infectious. By the end of the day, I finally understood what he meant when he says that, he “can’t stop flourishing”. It’s addicting. The manual for the workshop already provided all the content needed for learning, so his discussion was not structured at the manual — it was something that I truly appreciated. We mainly watched him doing demos on how to do quill and bird flourishes then we got to try for ourselves. At the end of the day, we got to show him our output for his critique.

It truly is an honor for having learned from him. His passion, dedication, and humility are inspiring. These days, it’s hard to come by people who are truly sincere in their craft; doing and making art for art’s sake, and not for yourself or for others. I have a long way to go, but his encouraging words will stay with me in this journey. Such an amazing man. I’m now left with a fire and deeper desire to delve in the art of calligraphy.

Mamie Shawie, Fozzy, and Richelle, thank you for organizing the series of events with MP Sull. You’re an amazing team! 🙂 Hoping for another series next year! 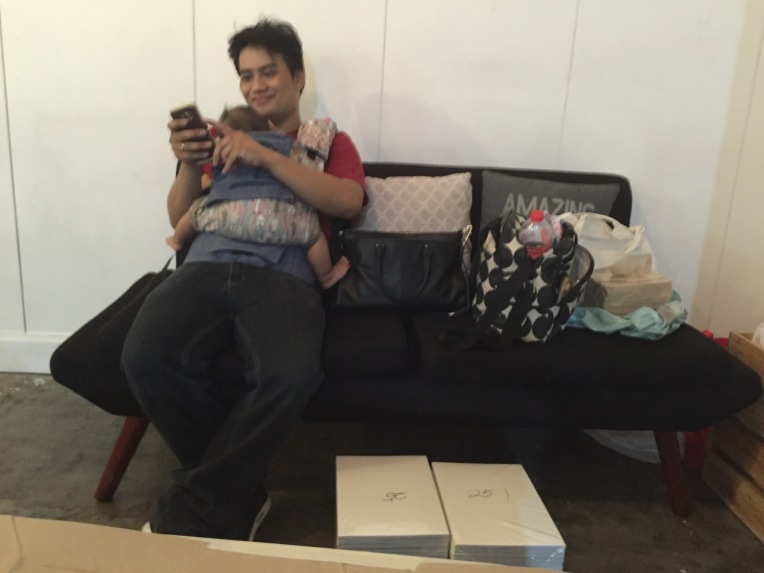 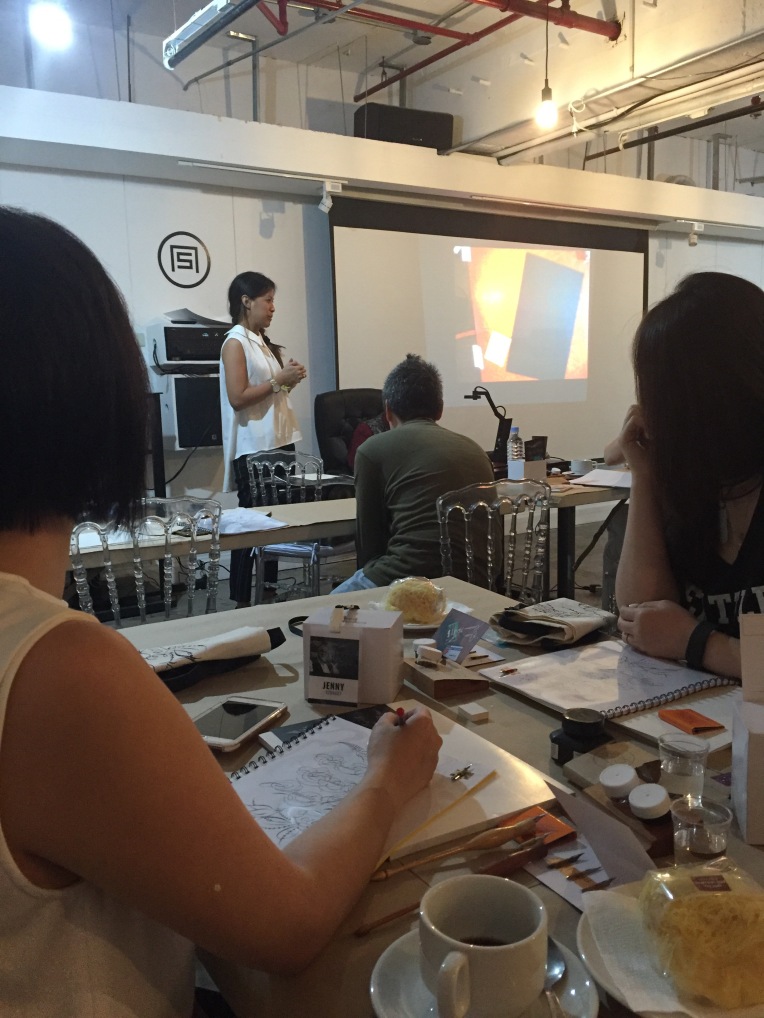 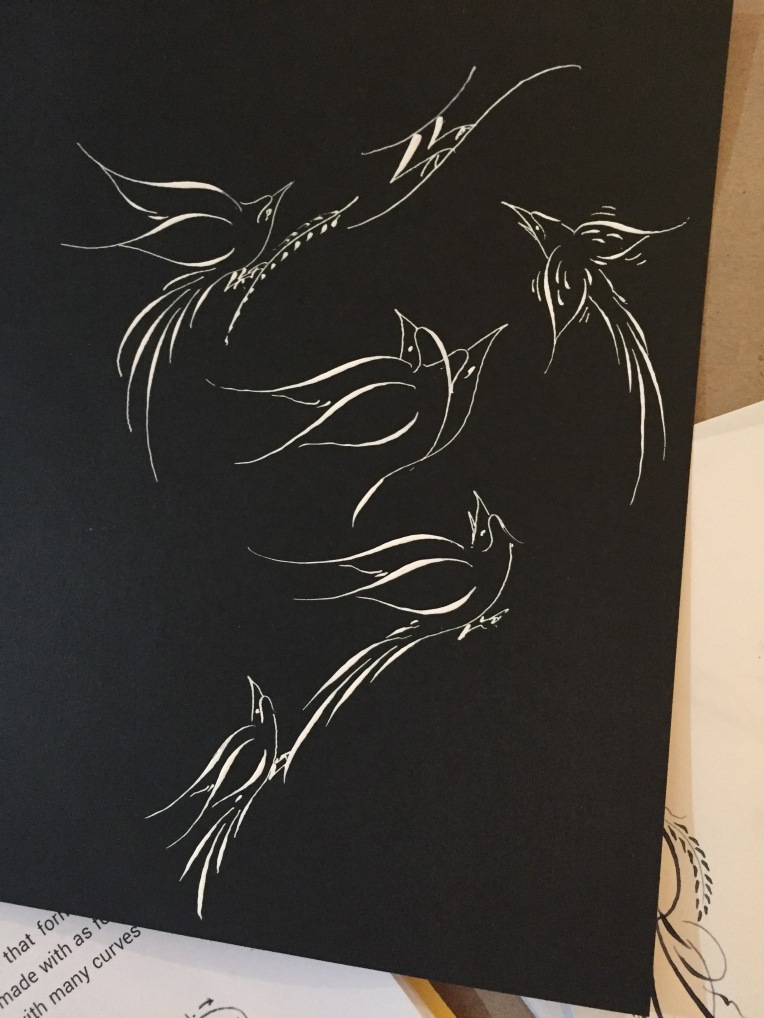 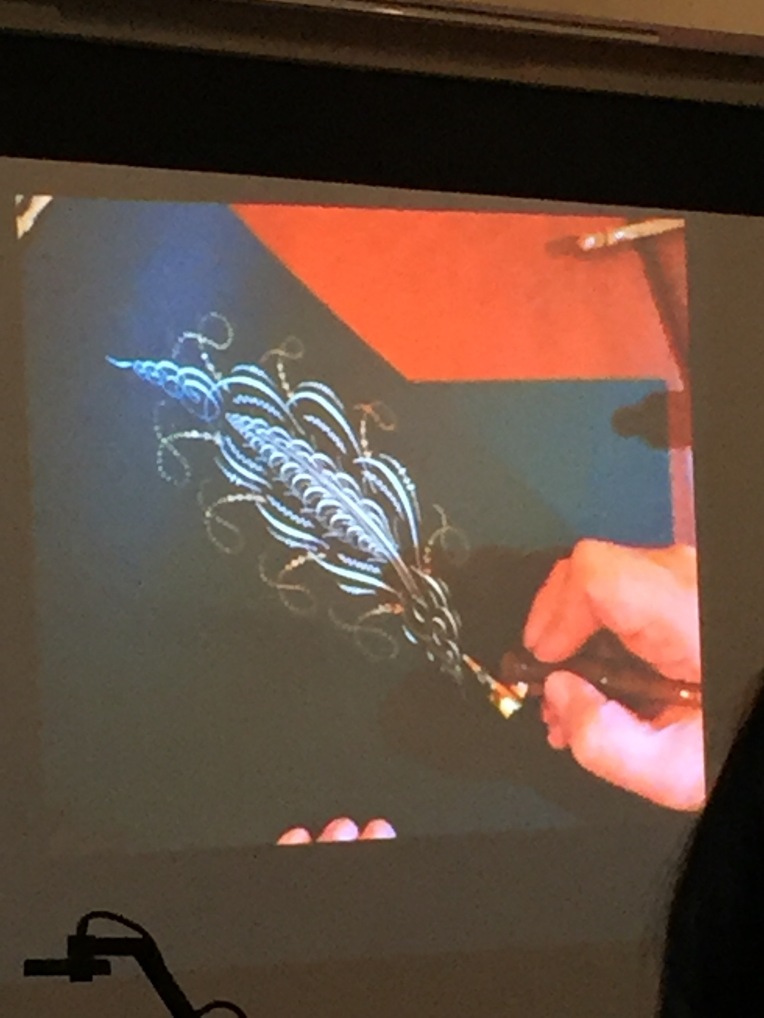 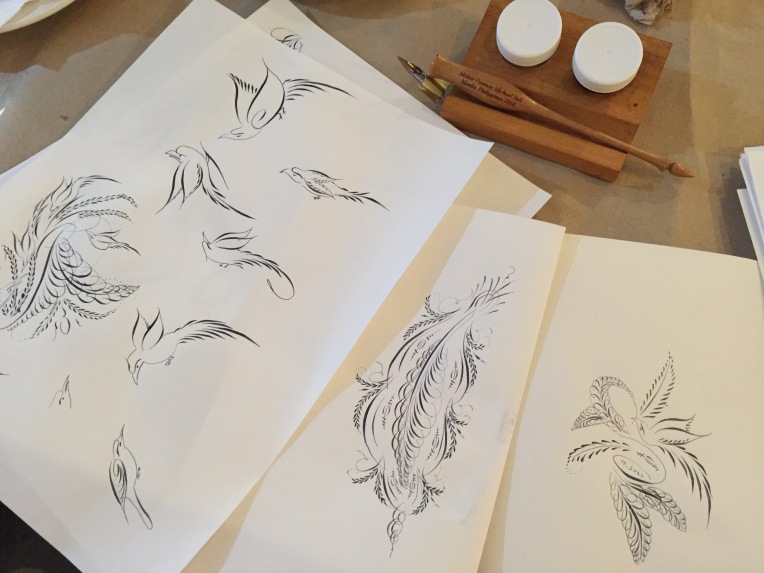 Glad to have had a productive day. I spent the afternoon learning from @litoballaran ‘s kuwentuhan and paint-along session. Thank you so much, Sir Lito! It’s such a pleasure learning from one of my favorite artists. I am so inspired by you and your art! @phguildofwatercolorists
Hello, world! I haven’t been on social media for so long, I got so surprised by the changes, especially here in IG. I was kind of lost there for a while. How are you, IG friends? ❤️
Another watercolor portrait practice. #inmyjournal
In my wc journal. So many thoughts and emotions simmering underneath, and this is my release.
My messy desk these past couple of days. I cannot always paint because of #mommyduties but I’ve learned to take the bits of free time here and there to grab a brush and pick up where I left off. #practicemakespermanent
Gerberas. I am grateful that I’m able to allot some time to practice painting lately. It’s actually my birthday today but I’m not painting my favorite flowers. For some reason, I am drawn to this color palette and these flowers right now even if it is way out of my comfort zone. But the thing is, it’s about time that I venture out.