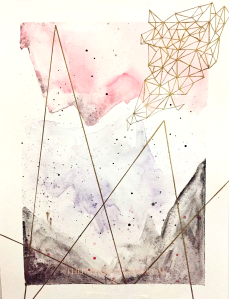 aka my version of “A Series of Unfortunate Events.”

The past few months were… interesting, if I may put it nicely. I would not consider naming this post after a dark and destitute story, but it is what it is.

First off, let me enumerate what happened:

But you know what? We’re doing ok. Relatively fine, given that I actually thought that we would be in pieces right now. I don’t want to turn this post into a religious one, but I have no other explanation for the resilience that we gained.

There were times that I’ve been lukewarm in my faith – we are not hardcore RC’s. I was slightly turned off by that kind of devotion when I experienced it growing up. I learned to fear God, and that was the problem. Fear. Over the years, as it slowly dawned on me that I was only being good because I was scared of hell, I became apathetic in my faith. And you see? I actually didn’t fear God, I was just afraid that God will throw me in hell. I wanted to know my God as a loving God.

Going through these trials, I admit that I was shaken more than ever. Losing my mom – that is the biggest blow I’ve ever had in my existence in this world. Then came the hospitalization of my baby… this one happened a month after my mom passed, and the pains that this event wrought on me was terrifying. I’ve never wanted my mom’s presence more than ever. Imagine, I’m a first-time mother, and my husband and I both do not have family in the city. We had no one to turn to. When we were told that we needed to confine our baby, I just broke down into a crying wreck. It was almost Christmas – I was expecting that we will get to spend it in the province with my family. But, no.

All the time in our stay at the hospital, I was asking if God hates us. What did we do wrong? I felt like a failure as a mother, and I also felt like an abandoned daughter. I was having thoughts of just jumping out the window and ending everything like that. I was thinking that I will end the year as an atheist. I was not angry at God, though. I was hurt – very hurt and very lost. I didn’t know what to do, who to turn to, who to call, and I just didn’t know what to believe anymore.

I am very grateful for my husband, but all the events were taking a toll on us – on our relationship. Apparently, when things aren’t going as well financially, husband-wife relations can get really strained.

But it turns out, when a person is in a desperate situation, the only one he can turn to is God. Swallowing my hurt, my pain, and my reluctance, I called unto Him. I prayed the prayers my mom taught me. No, a miracle didn’t happen, but I started to feel better somehow.

The climb wasn’t straight at all, though. Look at my list again – that hospitalization is only third on the list. Thing is, I slowly learned to take things one-at-a-time. When things are not going as planned, I learned how to breathe deeply and let it all out. I learned how to filter any bullshit and just let them go over my head.  Through all these things that I’m learning, I started to feel a new self emerge.

Metamorphosis. I feel like I’ve been building a cocoon around me, and soon, a beautiful butterfly will emerge – but I am not in any hurry. I’ve finally learned, somehow, to be kinder to myself, to give myself some breathing space, and to accept that life just happens but you have your loved ones and your faith to hold onto. Just breathe, hold on tight, the let go and let God.

Glad to have had a productive day. I spent the afternoon learning from @litoballaran ‘s kuwentuhan and paint-along session. Thank you so much, Sir Lito! It’s such a pleasure learning from one of my favorite artists. I am so inspired by you and your art! @phguildofwatercolorists
Hello, world! I haven’t been on social media for so long, I got so surprised by the changes, especially here in IG. I was kind of lost there for a while. How are you, IG friends? ❤️
Another watercolor portrait practice. #inmyjournal
In my wc journal. So many thoughts and emotions simmering underneath, and this is my release.
My messy desk these past couple of days. I cannot always paint because of #mommyduties but I’ve learned to take the bits of free time here and there to grab a brush and pick up where I left off. #practicemakespermanent
Gerberas. I am grateful that I’m able to allot some time to practice painting lately. It’s actually my birthday today but I’m not painting my favorite flowers. For some reason, I am drawn to this color palette and these flowers right now even if it is way out of my comfort zone. But the thing is, it’s about time that I venture out.